The battle to protect New Zealand’s multi million dollar mānuka honey industry from international interlopers is expected to cost $5.5 million over the next 10 years. 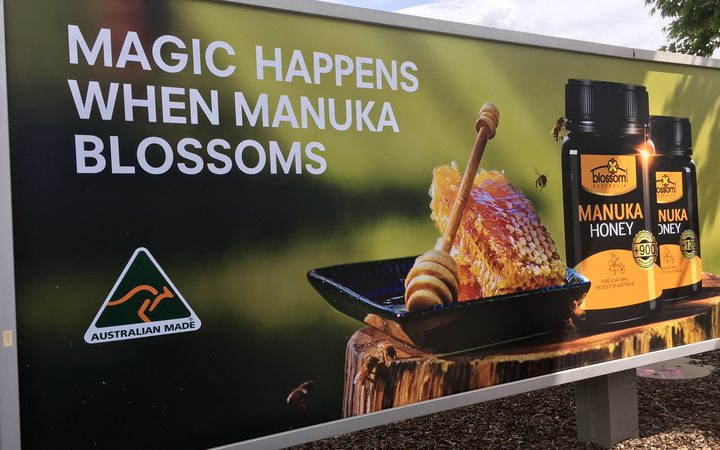 An industry group told government officials last night in Wellington the best way to defend Aotearoa’s mānuka product would be to trade mark the term, then fight for a Geographical Indication in much the same way as France has done with champagne.

Mānuka honey is used in wound dressings and medical gels, in many beauty products and, of course, as a spread for toast or to put in your tea.

New Zealand’s mānuka honey trade is now worth $180 million but that could double in 10 years if the brand is protected.

Business Advisor, John Hill, said the cost to trademark the term and gain a geographical indication sign – which would link mānuka as a product of New Zealand – was a small price to pay to protect the industry.

“It’s a pretty good investment. If we don’t do anything, we’ve already got Australia hot on our tail, we’ve got Portugal, Mexico, Paraguay, they’re all talking about planting mānuka.

“The return is very, very good.”

Australia is already trying to muscle in on the mānuka money, claiming to have more than 80 species of leptospermum scoparium which is the plant used to make mānuka honey – while New Zealand only has one.

But John Rawcliff from the Mānuka Honey Appellation Society said mānuka was a Māori name and consumers expect it to come from New Zealand.

He said Australia has made up its own definition of Mānuka honey and it was misleading consumers.

“Their actual definition is very, very weak. That is, it’s half, or even lower, as what we would describe as mānuka.

“Their multi-floral definition is so broad, it doesn’t have a criteria, any honey virtually in Australia could be called multi-floral mānuka.

Victor Goldsmith, a manager for the Miere Coalition, a group of land trusts from the East Coast, said up to 70 percent of mānuka honey was made on Māori land and iwi had a huge stake in the industry.

“Our responsibility as kaitiaki of Aotearoa and all our taonga including our native species and mānuka, that’s our intergenerational obligation to ensure our next generation is in a better state.”

Both New Zealand and the UK have accepted “mānuka honey” as a certification mark, which will allow the Mānuka Honey Appellation Society to seek further protection of the term.

John Rawcliff said trademarking “Mānuka honey” will be a long and expensive journey, but he wasn’t giving up.

“It is a long journey. Scottish Whiskey I think started in 1919, it’s taken a long time. Champagne took its time. Sadly, the law takes its time and we have to work through the process.”

The industry is currently seeking certification marks in China and the United States.